The first record of an organ at Croydon Minster is an Avery Organ with 24 stops over three manuals only, built in 1794. Pedals were added in 1819 by Elliot and in 1864 the organ was moved from the west end to the north-east end of the church, roughly where the present Hill/Harrison organ is now. In 1867 the organ was lost in the fire which destroyed much of the church.

The current organ comprises 58 stops across four manuals and pedals. In 1869, following rebuilding of the church by George Gilbert Scott, Messrs. Hill and Son built a new organ of three manuals and pedals. The case was in the position currently occupied by the vestry and the console was in the Mary Chapel (on the north side), facing east. A few stops were added by Hill in 1871 and in 1893 the case was moved one bay west, with the console in the chancel, facing north. In 1904 other additions were made by Hill, the action was changed from tracker to tubular-pneumatic and preparation was made for the solo organ, the 8 stops of which were added in 1912, when other alterations were made. In 1937 Hill enclosed the choir organ, the organ was cleaned, and the swell pedals were replaced with balanced swell pedals. 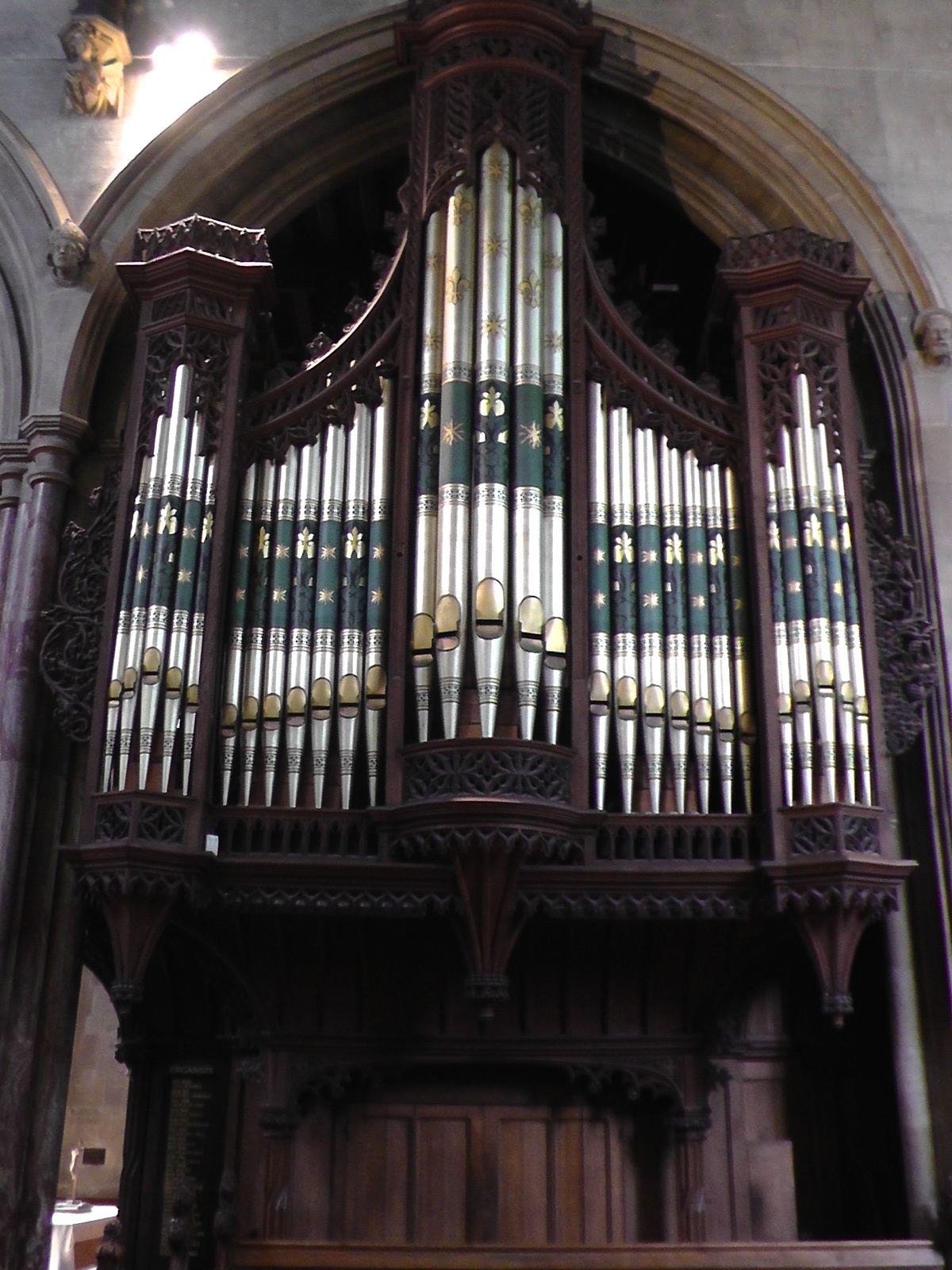